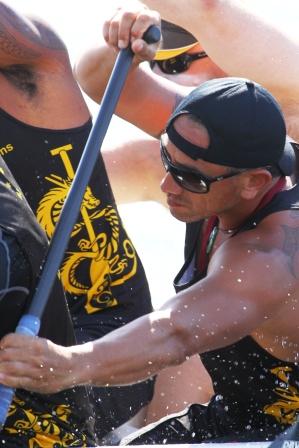 As a professional white water rafting guide in New Zealand for many years and national title holder in outrigger canoe racing, paddle sport has always been a passion for me. Introduced to dragon boating in 2011 at a come and try day, I soon found my next obsession.

Now with wins at both State, National and International levels in Masters and Prems as well as the honor of representing Queensland at the 2014 Australian Championships, joining Te Waka Dragons was the right decision.

For me the drive, motivation, want to succeed, esprit de corps and most importantly sense of Whanau/family are what makes Te Waka a champion club.

I look forward to what the future has install for us.

I am passionate about sport which I’ve played in some form all my life. I am also fortunate to work in the industry managing a sports centre and have been surrounded and followed elite athletes in this role, admiring their dedication and commitment to their sport.

After attending a corporate session organised by my workplace, I took up dragon boating in 2009 and have challenged myself in many, many ways physically and mentally to learn my new sport, be the best I can be and never give up.

I progressed to state and national level with Te Waka and an opportunity arose in 2011 to trial individually for the Australian team to participate at the World Championships in Tampa Bay, Florida 1-7 August. Since that very successful campaign, I attended the World Club Crew Championships with my club in Hong Kong in 2012 and Italy in 2014.

I originally tried Dragon Boating when I was working in Wellington NZ for a government department. I enjoyed it so much I ended up paddling for 2 years before I left Wellington and moved to the Gold Coast. After some time out of the sport I decided that I wanted to try it again and found a club that trained at the Gold Coast spit which I joined for 2 years and was able to walk away with some success from the Queensland and Australian Championships as well as represent Queensland for 2 years in a row at the Australian Championships.

After 6 years away from the sport trying some other activities, I decided that I had missed the sport and wanted to get back out on the water and in a boat again. There is nothing that compares to the teamwork and camaraderie required to be in a dragon boat, paddling your heart out with 19 other paddlers. With the hard work and dedication that has been put in by the whole Te Waka crew the results have been outstanding. This motivates me to be a better version of myself every time I turn up to train and race at regattas.

If you enjoy being part of a team and water sports then I would recommend giving dragon boating a try. 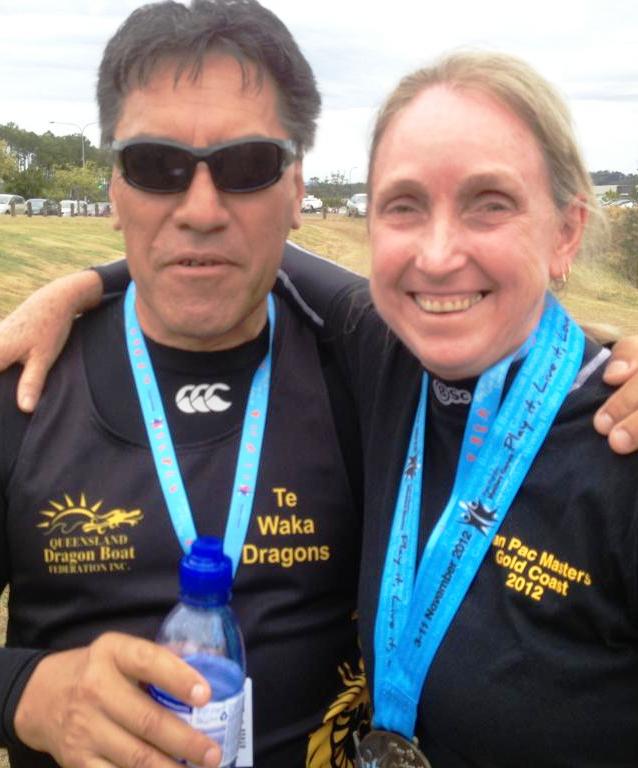 I had dabbled in water sports in the past, having tried rowing and kayaking. But it was after participating in a “Come & Try” day a few years ago, that I decided that being in a boat on the Brisbane River was something special. I was initiated into the team at the Pan Pacific Masters Games as the drummer, and at the 2012 Games managed to gain a seat on the boat in the final. We won the silver medal which is my pride and joy! Being one of the “oldies” of the team has been very rewarding. My motto: Keep Active!” 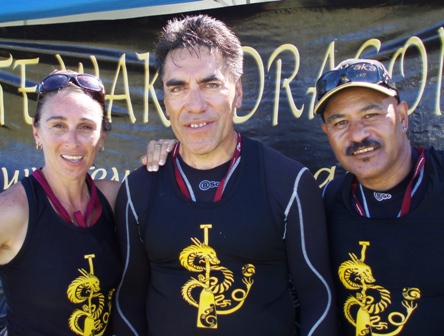 The coaching staff is made up of Anthony Skipper (Skip), Head Coach and Jo Grammatico (Woggy), Assistant Coach, both of whom are Founding Members and Life Members of Te Waka Dragons along with Joe (Pani) Martin, also an Assistant Coach who has come on board in the last few years from another club in Brisbane. Between the three of them, they bring experience in paddling and sweeping at representative level (both State, National and International), water awareness and sports conditioning. They focusing on the technical aspects of paddling and guides paddlers in all aspects of strength and conditioning. Whether at training or at a regatta, they can often be seen analysing video footage or discussing the race program and how to get the best out of the team.